Hailing from Dartmouth, NS, The Juveniles played fast, sloppy punk/hardcore. Starting off under the name Phun, the band switched names and became a staple at Cafe Ole in Halifax. They released 2 demo tapes in the mid 1990's (as was the case with most bands of this era, the recording quality leaves much to be desired). I got in touch with their singer Khanhthuan to find out more about this short-lived but great band!


When did the band form and who was in it?

Around 1993, Dave Hiltz (guitarist) and I started jamming out shitty acoustic punk songs. We started playing shows with a rotating roster of bassists and drummers, until Kevin Dupuis (drummer) came on board after a chance meeting at a house party. On paper Chris Neville was our bassist, but the joke was that he never jammed or played shows. Really we were a 3-piece. That’s how we jammed. That’s how we jellowed. 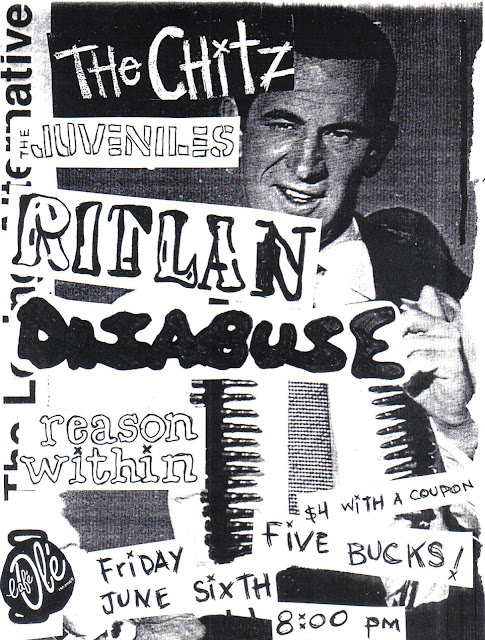 What were your musical influences?

Dave Hiltz’s brother Derrick Hiltz would always be willing to make me mix tapes of all these punk records he had. He picked out lots of the classics, but also he chose local bands, and more specifically bands that did not play anymore. It was a history lesson on the local punk scene. “People on the street all goddamn day. with nothing to do and nothing to say”

The Upchucks and The Boluga Group. There is no scene without other bands and these were the bands that motivated us to keep playing especially in the early days, when we had no fucking idea how much we shat.

Obscene Jesture. This was Dave Hiltz and Chris Neville’s other band. They were the better band. Hands down. No question. Chris Neville actually played bass in this band.

Tell me about some shows you played. Did you play any where other than Café Ole? I think you did play the Pavilion at least once. Did you tour outside of the Halifax area?

I vaguely remember shows, because my modus operandi was to get drunk. The band’s shtick for shows became how fast we could play our entire catalogue of songs without stopping. In the end we were playing a typical 30 minute set in 13 minutes. When you try to play this fast you are fortunate when your drummer is a competitive swimmer.

We just played at Cafe Ole. Except once out of town with a bunch of other Halifax bands. We did play at the pavilion, but it was a reunion type of show and it was shit. We should have never “reunioned”. There are reasons why shit gets buried deep under ground so it doesn’t stink up the place anymore.

What can you tell me about recording the 2 demo tapes?

The first was recorded live at the top level of an old barn in Kevin Dupuis’ backyard. This was where we would practice. The recording was shit. We were shit. Very forgettable.

The second was recorded by Derrick Hiltz. At the time he was recording bands with his four track and offered to record us. Carla Gillis from Absolutely Nothing/Plumtree had tried to record us before Derrick, but she didn’t realize how shitty we were under natural lighting and desirable acoustics, so that never panned out. No fault to her. Somehow Derrick Hiltz made it happen. 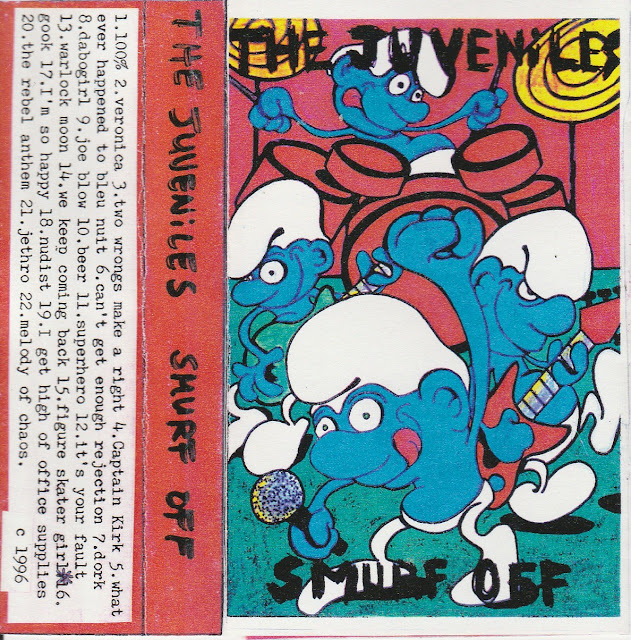 When and why did the band break up?

What are you up to these days? How about other band members?

I own & operate a small business. I ran into Dave Hiltz 5 years ago while he was in town with his girlfriend. If I remember correctly, they were living in Thunderbay. I ran into Kevin Dupuis more recently, he coaches competitive swimmers.

That was right up my alley, thanks!

viagrajakarta said...
This comment has been removed by a blog administrator.
2:56 AM