Neighbourhood Watch were from Fredericton, New Brunswick and existed between 1985 and 1988. They released a 7″ EP called Death At The Hands Of Time on Real World Records based in Durham, UK. There were a few other bands with the same name, though these guys used the Canadian spelling of neighbour with the “U” in there. It was no small feat for a band from eastern Canada to have a record out during this time period. In fact I would say this is the first punk 7″ from this entire area. The following is an interview I did in Febuary 2011 with their vocalist Grant Forsythe. Enjoy! MP3′s at the end as usual!
Tell me about the start of the band. When was it and who was in the band? Why did you start it?
Ciaron Lewis and I had talked on and off about starting a band because really, there was fuckall else to do. Although there was a very early version involving Pat Oanicia (who went on to sing for S.C.U.M.) and Rich Ivey, we didn’t really come into our own until late ’85 when Ciaron brought Nick Oliver into the fold. For quite a while we had no bassist. In fact our first show, we had to bring in my room mate to fill in. Finally we settled on Rob Melvin for bass. That was pretty much the first solid line-up we had. It’s the line-up you hear on the 7″ EP and on the No Frontiers compilation EP. It was also the line-up that was on the first tour.
By the time we got back we were plagued with a line up that slowly kept changing. Other former members included:
Bill Brown, Tim Gorman, James Hamilton, Daren Greene, Steve Vienot, Johnny Whalen, Al Muir, Steve Duggan, and a few others who’s names I can’t remember at this time.


What was the scene in NB like at the time? Was there any sort of rivalry between Fredericton and other cities in NB or with Halifax?
I know there was a difference of opinion with the SJ (Saint John, NB) crew, but a rivalry? Fuck no. The scenes were just too small to warrant that kind of foolishness. I don’t recall any rivalry with HFX either. The HFX kids were always awesome when we hit there. I think we were somewhat tight with System Overload and Shane from Early Warning Syndrome is still a pal of mine to this day. 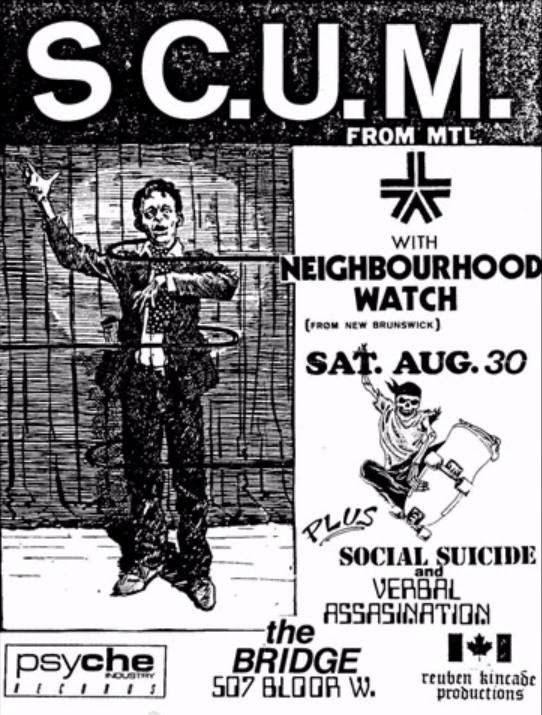 Did you do much touring? Any cool show/tour stories?
We only did two tours which went up to Ontario and back and that was in the summers of ’86 and ’87. I think even some of the shittier gigs were cool. We, along with The Jellyfish Babies and Florida’s No Fraud totally got screwed by a promoter in Ottawa and he pretty much had to be threatened with a baseball bat to get any money from him, but it was a wicked fun show. Ironically it wasn’t until two years ago when I was drinking with Colleen that we realised that we were both on that same bill and didn’t know it! We made friends with some bands like Problem Children, SCUM, etc…Cool tour stories? Not sure how cool, but some definitely memorable ones. We were staying at a punk house in MTL and I forgot exactly what was so funny but I fell backwards into a door and it flew open and there was this guy with his lady friend and his bare ass up in the air for all of us and SUDDEN IMPACT to see. There was much hilarity. Some loon in HFX tried to convince us that the street we parked on outside the YWCA was his property.

How did you get hooked up Real World Records in the UK?
I ordered a copy of a zine called 10 Years On and mentioned in my letter I was in a band. He asked for a copy of our Coming Of Age demo for review. He liked it and interviewed us. Then told us he was starting a lable and would we be interested in releasing the demo on vinyl. Naturally we jumped at the chance.


What about Guilt Parade – were they an influence or were you around about the same time?
Guilt Parade and NW were both around at the same time and would share bills from time to time. I don’t think either band had an influence on the other to be honest. If you can find it, get their “Animals That Talk Like Men” demo. It’s hands down the best thing they ever did and a total barn burner! (Ian – Oh you can find it on this blog!! – http://howcantheyintendtoheal.wordpress.com/2010/12/26/guilt-parade/ )

When and why did the band break up?
I think our last show was in the summer of ’88. The band had gone through so many member changes that we spent more time teaching people the old songs than doing anything new. Nick was tired of doing it I think. Our last show resulted in a flooded building and some very pissed off people (I was channeling my inner Lee Ving that night.)
Other than Rob Melvin I still stay in contact with most of the former members. 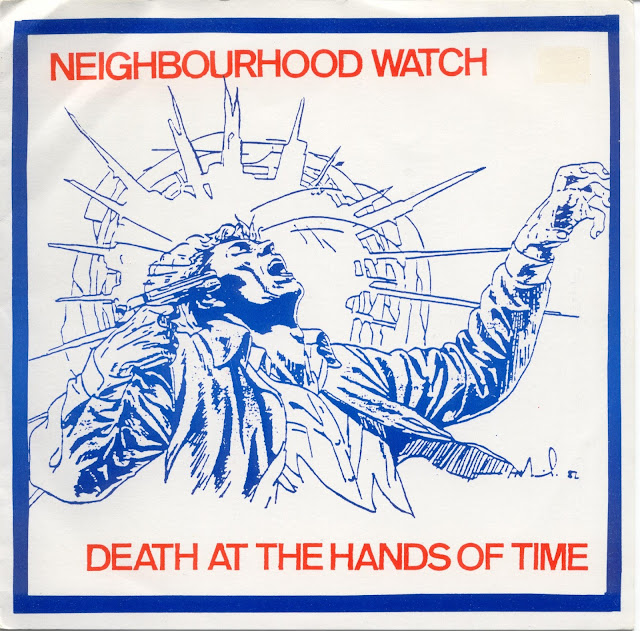 Check out their Death At The Hands Of Time 7″ plus 2 live sets (Hamilton, ON 1986, Fredericton, NB 1988) and the song Time To Care off the No Frontiers comp 7″. The Coming Of Age demo is nowhere to be found just yet, but I have just found the Rage demo from 1986 and is now included!
NEIGHBOURHOOD WATCH MP3′s


Or listen to the Rage demo here: 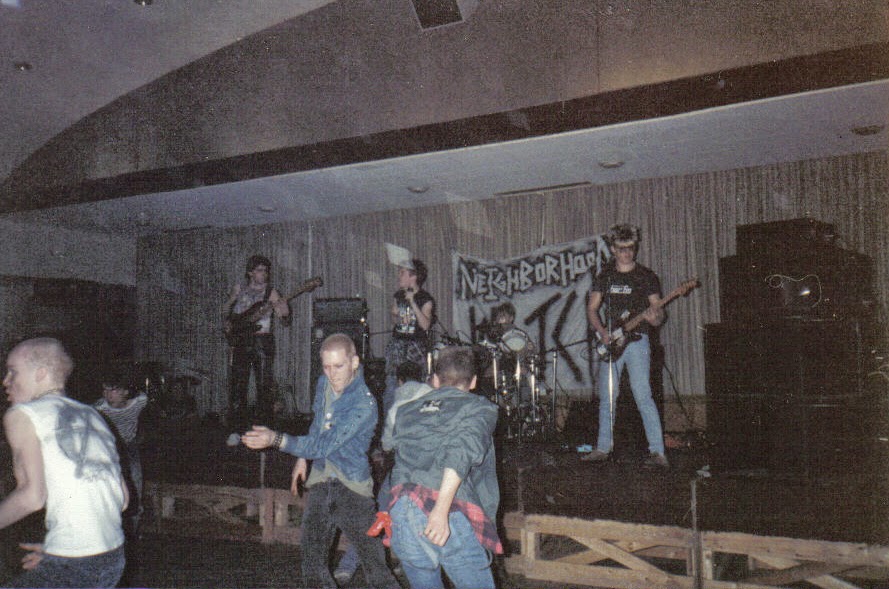 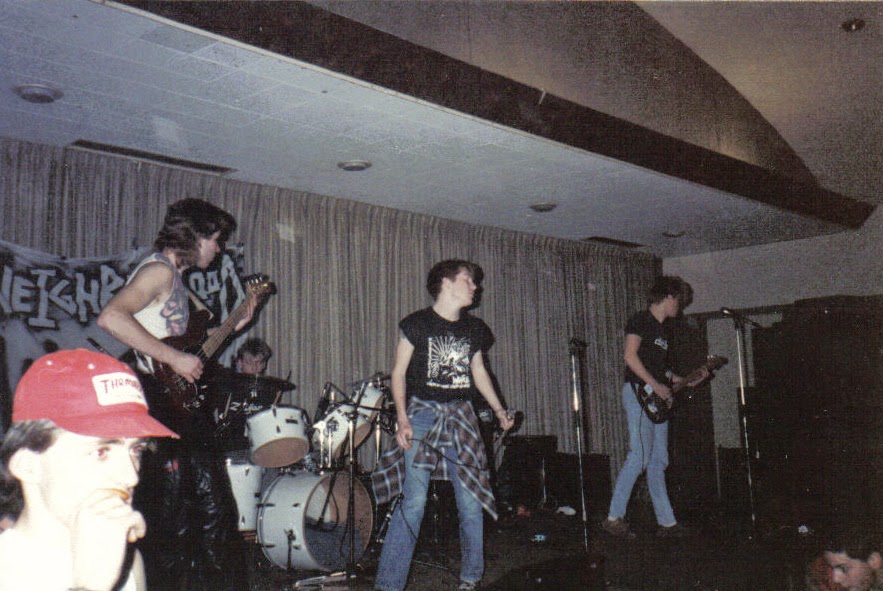 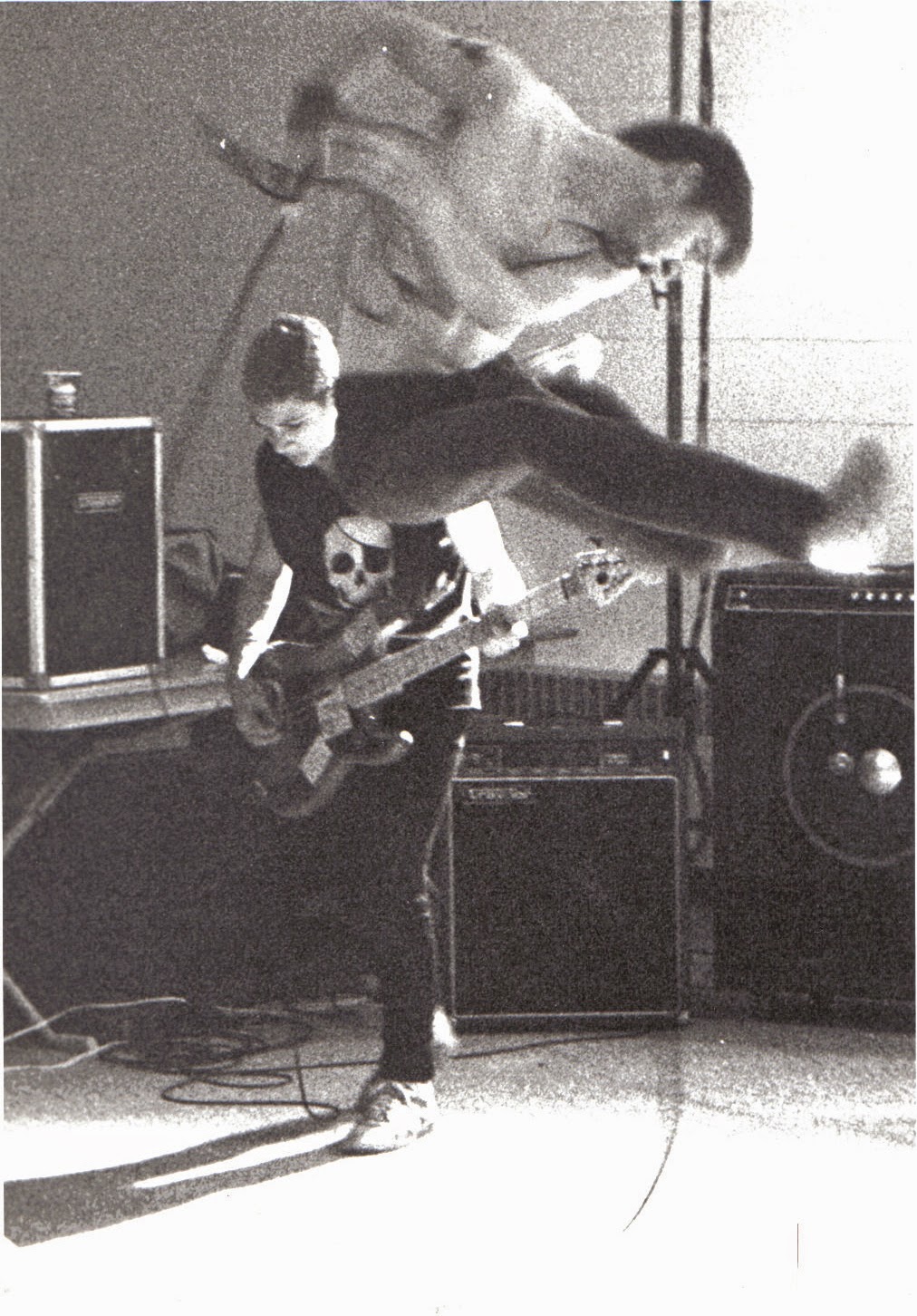 The band also did some reunion shows in 2015 and have actually gotten back to together to record some new songs. Keep an eye out for that on the Facebook page: https://www.facebook.com/NeighbourhoodWatchBand/

Here is some footage from that tour:

who says he's drinking coffee in that cup? there was just a tim's next to the venue.