Madhat were a pop punk band from Lunenburg, Nova Scotia from the early 1990's. We sat down with singer/guitarist Kirk Comstock and had an in-depth discussion about life. And by that I mean I sent him a couple questions on Facebook and he answered them. In any case...read about MADHAT!! MP3 Discography at the end!

When did the band start and who was in it?

Technically Madhat started in 1988 under the name "Smash". Then became "Downfall" and then finally settled as "Madhat" around 1992. The members at that point were Phil Zwicker (Guitar), Hughie Morris (Bass), Jordi Comstock (Drums) and me Kirk Comstock (vocals & rhythm Guitar).

What was happening on the South Shore music wise at the time?

At the time there wasn't really a music scene on the South Shore. We started playing the local bars with special papers at age 11 and rented out halls and put on our own all ages shows. Then Nirvana and Sloan happened. At that point all ages clubs popped up and we could tour all over Nova Scotia. 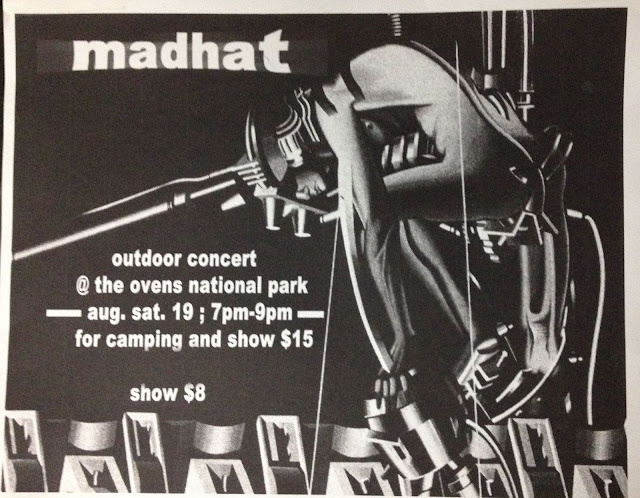 When did you first start playing in Halifax?
Were you able to tour outside the province at all? 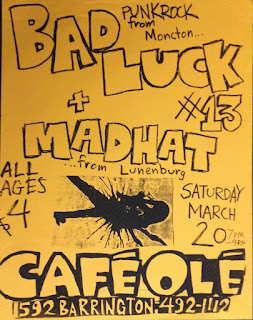 We first started playing Halifax in the Cafe Ole and didn't really fit perfectly with any of the genres. We would play with bands like "Deep Woods", "The Shitheads" and "Bad Luck #13" but weren't as hardcore as those guys; then we would also play with bands like "The Super Friends" and we would be a little too hard for that crowd.

We managed to do tours through Quebec and Ontario once every summer when we were off on school break and toured around the Maritimes during the winter. We did manage to give our label president "Waye Mason" a lift from Toronto back to Halifax in a crazy snowstorm with birthday candles keeping the windshield from freezing cause the heater was broken. We loved that he could be there with us. We did do a two month tour out to BC and back by van. That was the longest tour we ever did.

What were your musical influences?

Our musical influences at the time were "The Misfits", "The Sex Pistols", "The Dead Kennedys", "The Doors", "The Damned", "The Descendents", "The Doughboys" (Who we got to tour with a bit) and "The Ramones".

Can you tell me more about that tour with The Doughboys? 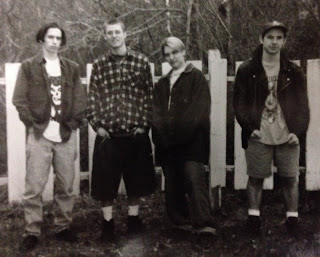 When I was 17 I signed a contract with the Doughboys agent to bring the band to play a date in Lunenburg at the school gym. I had a scary guarantee but went for it. The week before the show the gym pulled the venue from me cause of insurance, so at the last minute were able to move the show to the curling club ice-shed. After that we got to play with them at the old UPEI barn, the Marquee Club in Halifax and a high school somewhere in New Brunswick. We played another show in Bridgewater in some old warehouse that Mike Grey (east coast punk legend and a hell of a nice guy) set up.

Monk their road manager and tech saw how I struggled with keeping my guitar in tune and showed me how to properly string my guitar. He also told Jonathan Cummins where to go if he got a little to sassy with us. John Kastner on the other hand was the most amazingly nice guy I think I have ever met and was the closest thing I ever had to a musical mentor. He would show up at our shows in the Horseshoe tavern in Toronto and places and bring his industry friends to try and help us out. Brock Pytel was really nice too. Great guys and a great band. 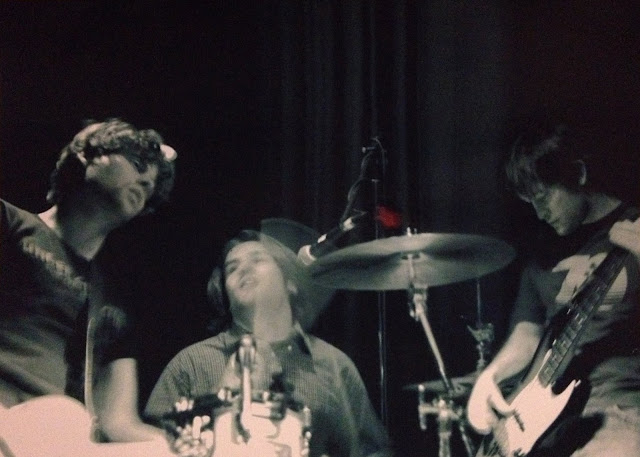 There were some lineup changes....when did that happen? What are the members up to now?

The band changed members a while before we recorded "Full Length" in 1998. Hughie was living an hour away and we were playing just about everyday with Simon Rienhardt just for fun. When Simon joined the band Phil left. So we became a three piece. Jordi, Simon and myself. We recorded "Full Length" with Laurence Currie at "Idea of East Studios". Laurence had recorded "Hardhitters" for us in 1995 as well.

Hayz Fisher played on "To the World" but moved to BC. He ended up doing the art layout for the first "Air Traffic Control" record from out west. Simon found the late night club gigs too much after awhile and that`s when we recruited our cousin Luke Comstock to join the band. When we were about to release our next record we all decided it would be a good Idea to change the name of the band, so we became "Air Traffic Control" and released our first self titled record. Air Traffic Control is working on our 5th record right now and has added guitar player Shawn Bent. The guys from ATC all play in Electric City Underground with me as well. 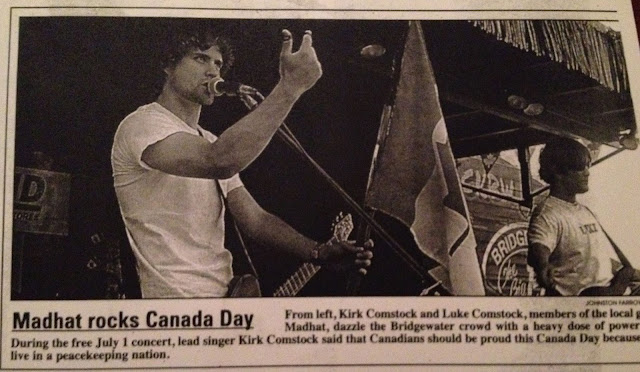 Enjoy a couple Madhat video courtesy of Much Music!

Great blog Ian, I visited Nova Scotia last year and as a northern Irish punk rocker I wondered if there was a scene out there. seems you guys had some great bands, looking forward to reading more. Keep up the good work.

Thanks for that post. I had all of these CDs growing up and over the years of playing them and moving around they got totally trashed, and now they're basically impossible to replace, sadly. I have them but they don't play well in all CD players so I'm super stoked to see these files here (I totally would re-buy them if I could).

I used to listen to From the Outside sitting on the front deck of my parents place on warm summer nights, watching fireflies and listening for coyotes. Good, good memories :)

Wow. I was just going through my files and find a rip I made of a cassette which was dub of a CD of this album owned by a friend in 1996. "Hardhitters" was one album that really stands out from that last year of high school for me. I never did get to see them live but my Google searching found you and... they're are still active as "Air Traffic Control." Good stuff.

Thanks a bunch for posting these music files.

One other dub I have is "Chaser" from a band called New Brunswick (The Band Not the Province)... not sure how often they used the parentheses but anyways... got anything by them?

Had no idea this blog existed until now -- a great read. Thanks!

MIKE! I've been looking for that Chaser album for years. I doubt you'll see this since it's an old article but oh man please reply to this haha

I'll share it here: https://www.dropbox.com/sh/wuxsxeppq8dp4p1/AADrbNUMAKCk-iT5bAN6iOgca?dl=0 - I warn you, this was a flac that was ripped from a cassette copy (of a copy?) and I did my best to clean it using Goldwave... it's not great but it's listenable.

Darn. Can't edit comments. I meant to say it was a flac but since it was so low qiality I converted it to MP3 anyways... So it's a 50MB ZIP. Good enough.

Oh my god you've made my life, I've been looking for it for so long. You're my hero!

You are very welcome!