The Shitheads started out sometime around 1989 in Dartmouth, NS. By 1992 they had a stable lineup and released a demo tape followed by a split 7" with No Offense. I spoke with bass player D-Rock and got the inside dirt on the band! Sadly pictures were hard to come by, but there are some videos and of course MP3's to download at the end.


How and when did the band start? In 1989 Maximum Rock-n-Roll gave a good review for the Dregs Of Humanity demo I did. At school Derrick H. and Rob Miller came up to me and were interested in having a copy. They knew I played bass so they asked me to jam, so we did in an Industrial Park in Dartmouth. At that point the band was Derrick H. on guitar & vocals, Rob Miller on drums and me (D-rock) on Bass. I wish I still had those recordings we did, they were fun. Then I think I disappeared for a while, Derrick was focusing more on drums, Rob left and Mike Labrador was playing guitar. Then I ended up playing bass again.

You started off as a 3 piece...how did Mike Brygadier end up joining the band?
I think Derrick wanted to focus more on drumming instead of doing both drumming and singing. None of us knew Brygader, but we came up to him and asked him if he could sing & he said no, so he became our singer plus he had a basement we could jam in ...Double bonus!


Did you only have the demo and split 7"? Do you remember anything about recording those?
I have tons of practice recordings that are quite good as a 3 piece. Then we did the demo tape We Suck in 1992, which was in Brygadier's basement & it was done off a soundboard connected straight into a tape deck. So if we were to fuck up you would hear it. Mike's voice was horrible on that but none of us cared. We just wanted to jam and put something out. We told him to sing rougher on the 7" split with No Offense. He was getting used to being a singer by then and found his voice. We recorded the 7" material at Rage Recording. It was a new place run by a good friend of mine. The recording wasn't the greatest but none of us cared. It was put out on the label Enguarde Records (owned by Paul Gotts of The Ripcordz in Montreal).

Did you play much outside of halifax?
Yes we did actually - Moncton, Saint John, Fredricton maybe, Bridgewater and weird little hick towns. Later on we played Punkfest in 1994 Mamora Ontario. Bridgewater was always fun and The Cafe Ole shows were all fun. Dressing in drag was fun ha ha. Moncton NB Rock against Racism was not fun. We had to get outta there quick - too many nazis...long story....... 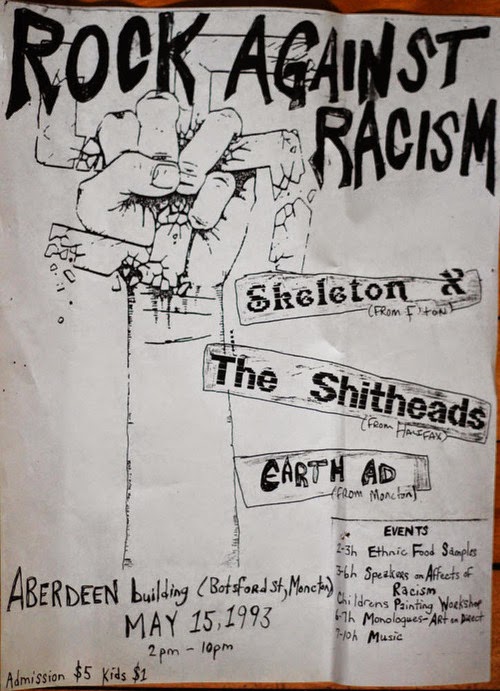 Why did you do a last show in Bridgewater, NS?  Why not? Bridgewater was an awesome place, plus we wanted to hang out with Causing Chaos "extreme techinical Hardcore lol". Mike and Jackie as promoters were awesome people.


Why did the band break up?
Derrick wanted to do something different so we got Alec Oickle on drums for a bit. Then Brygider left for a new band called The Chitz. So the rest of us Morphed into System Shit - an old noisecore band I used to do with Rob Hodgsins, except we were to take it serious this time.

Drummer Derrick H had this to say about the band as well:
Most of the Cafe Ole era was with Alec on drums. I think we played there once in early 93 opening for No Offence, and I was still in the band then. But the Chitz got together that spring, so that's when I left. Except the Bridgewater show, that was the last thing I did with the band. I didn't play the Ontario show. We started playing open mics at the Pub Flamingo in late 91, and the Double Deuce not long after. Our first "real" all ages show was with Madhat, Deep Woods and No Offence at the Dal SUB in August 92. That was one of the biggest shows we ever did locally, maybe 150-200 people. Punk shows in Halifax were still uncommon then, but by a year later when Cafe Ole was around, you could pretty much play whenever you wanted. 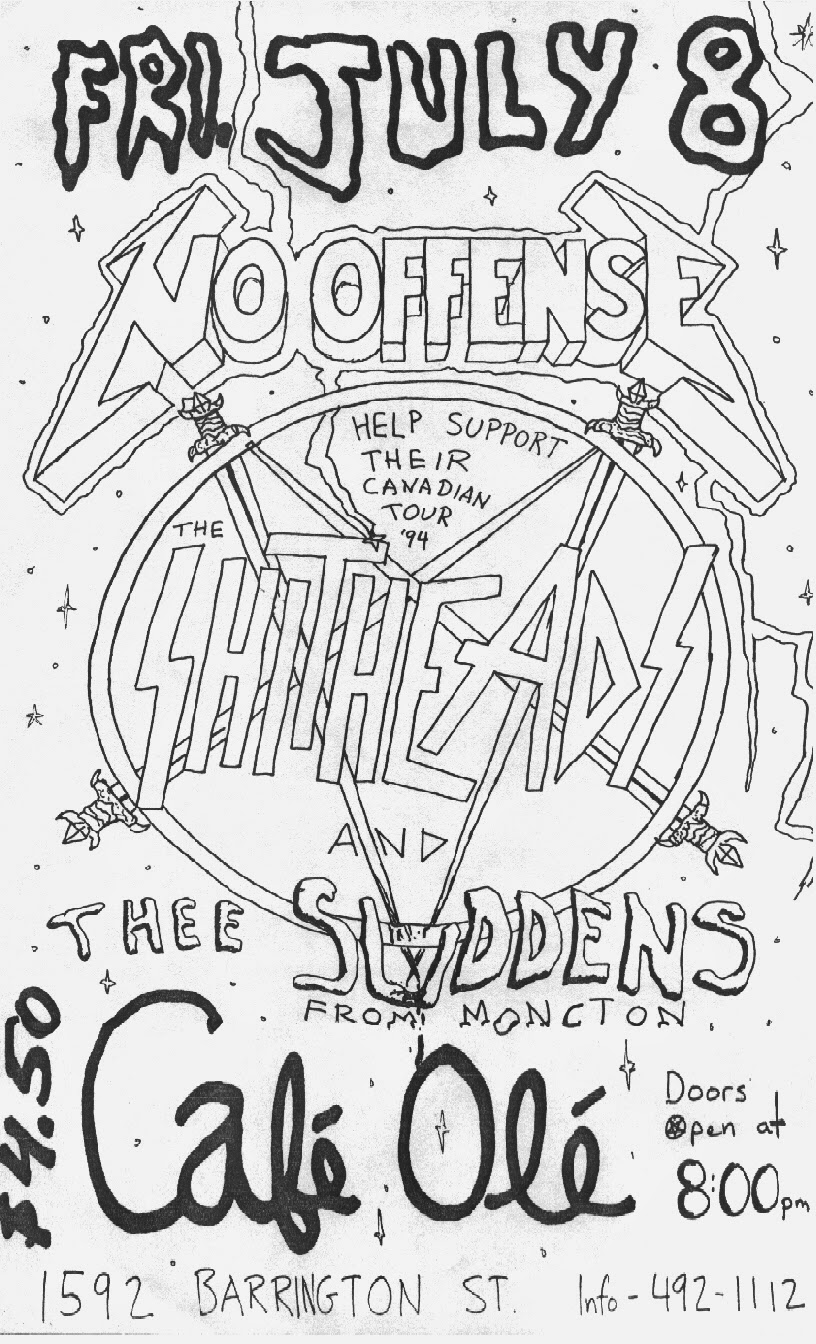 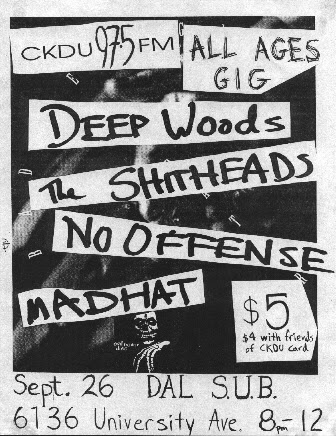